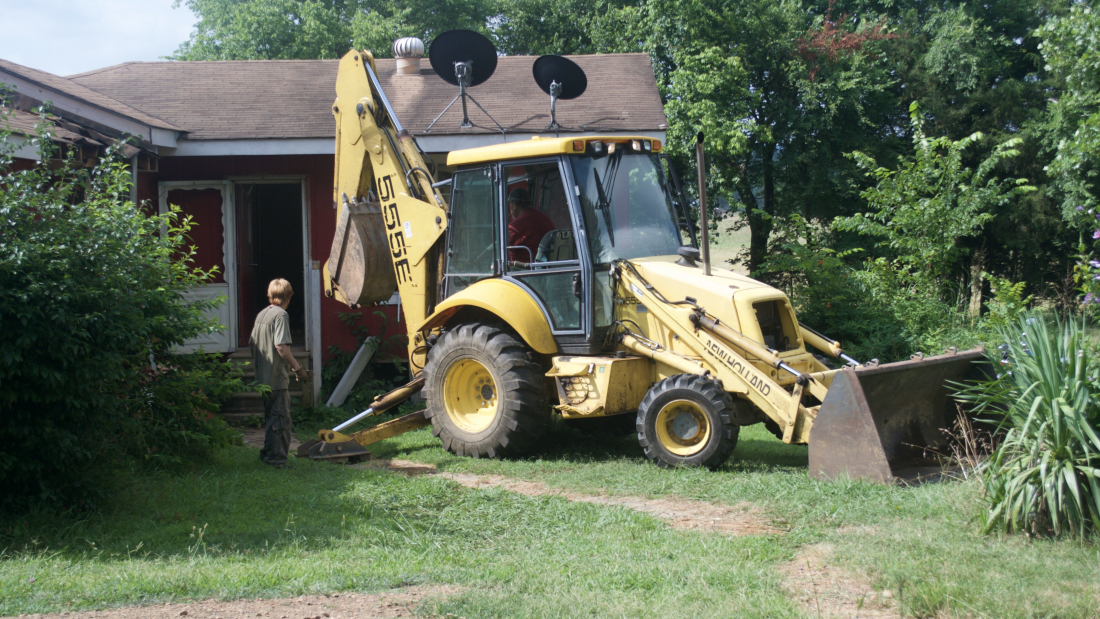 When we moved to Arkansas we bought a two bedroom, one bath fixer upper. It was actually an old single-wide mobile home with two large rooms, a patio, and a proper roof added on. The house was in such need of fixing up that we had to live in a hotel for two weeks until we got the house livable. After moving in we spent the next couple of years pecking away at various improvements, most of them cosmetic. However, the house had larger issues that needed to be addressed soon or they would become very problematic in the near future. We felt the cost and hassle of the work pushing us toward just getting a new house, which we ultimately did. We had our new house built right in front of this old house, and just the other day, had the old house demolished.

The incredibly nice guys we hired for the job knocked the house down, pushed all the rubble into a big pile, and set it ablaze…a very BIG blaze! When the fire died out the next day they pulled out all the large chunks of metal to haul off for scrap and buried the rest.

Here’s some pics and a short video.