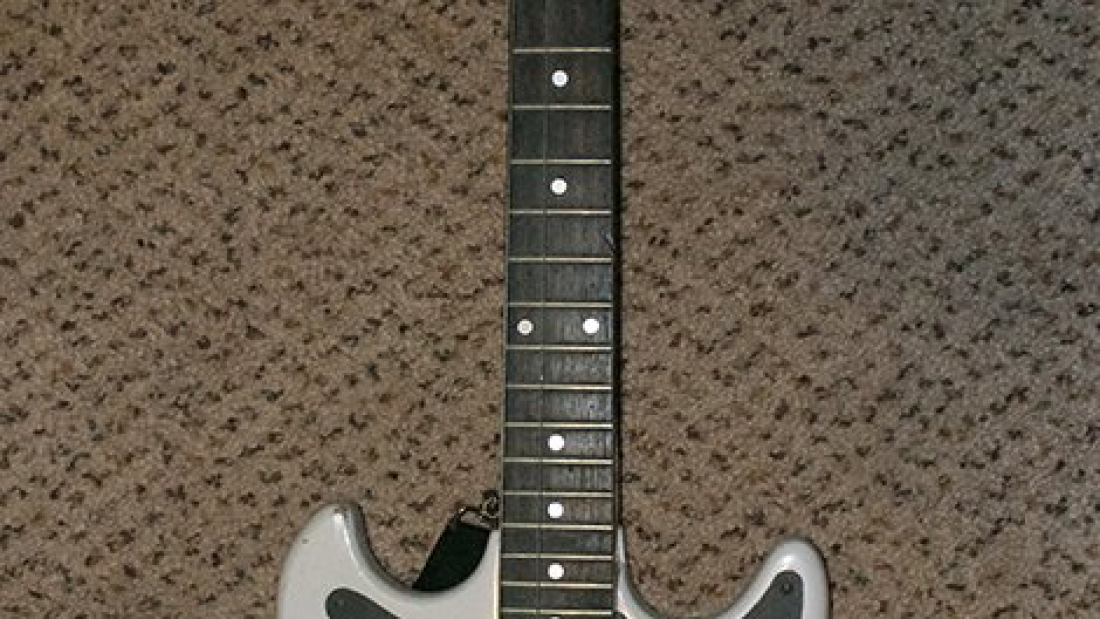 While visiting my folks in Texas over the Thanksgiving holiday my mom asked me to make a stop by a storage unit they rent there, where my wife and I also have a lot of stuff collecting dust, to determine what of ours should be kept and what should be cast off into landfills or unsuspecting secondhand stores. I found many interesting items therein that I’d forgotten about, but one was quite a surprise. It was lurking in a soft guitar case I thought was empty and had prepared to toss aside, but my mom suggested we take a look inside just in case…and there it was.

The cheap canvas guitar case opened ever so slowly, because it was cramped in that storage unit and I could barely move my arms. When I finally got it open a burst of glorious light emitted forth. I mean dust, but it looked pretty cool caught in the glow of the storage unit’s sickening flouresent lights.

Therein it lay…my first guitar EVER! My parents bought me this guitar as a present when I was either a pre-teen or a fully fledged teen. I don’t recall exactly because it was so long ago, but I do recall that I pretty much didn’t give a shit about it and it just sat in their bedroom closet for a couple of years. Until someone introduced me to EDDIE VAN HALEN! Then it was “on” as the kids say and I banged away randomly on that guitar until I eventually managed to make some music. I also assaulted it with a Sharpie marker and several stickers.

Behold…the Harmony H803 guitar purchased from a JC Penney catalog circa 1980-something that came, get ready for this, with an actual amplifier! Sure, the amplifier was about as sophisticated as a Walkman headphone speaker thrown into an old egg crate, but it MADE SOUNDS! 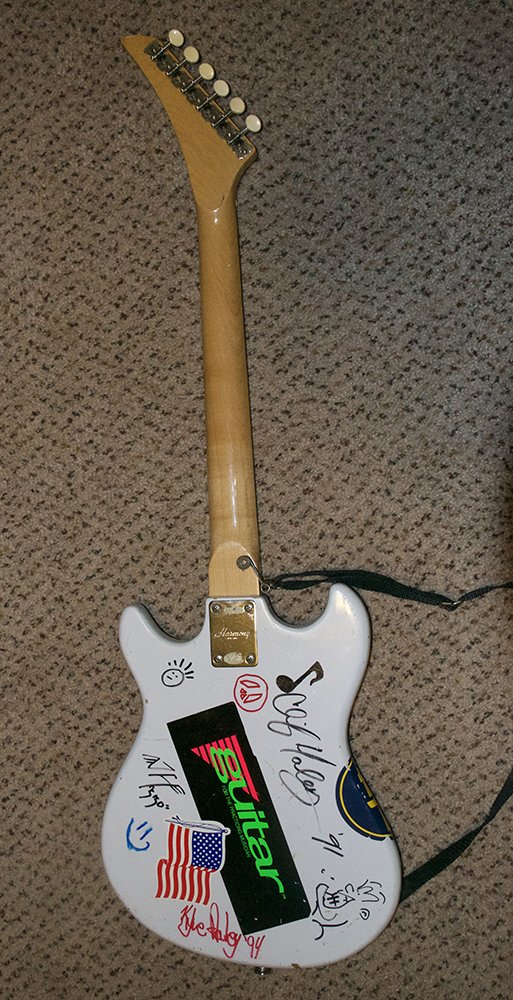