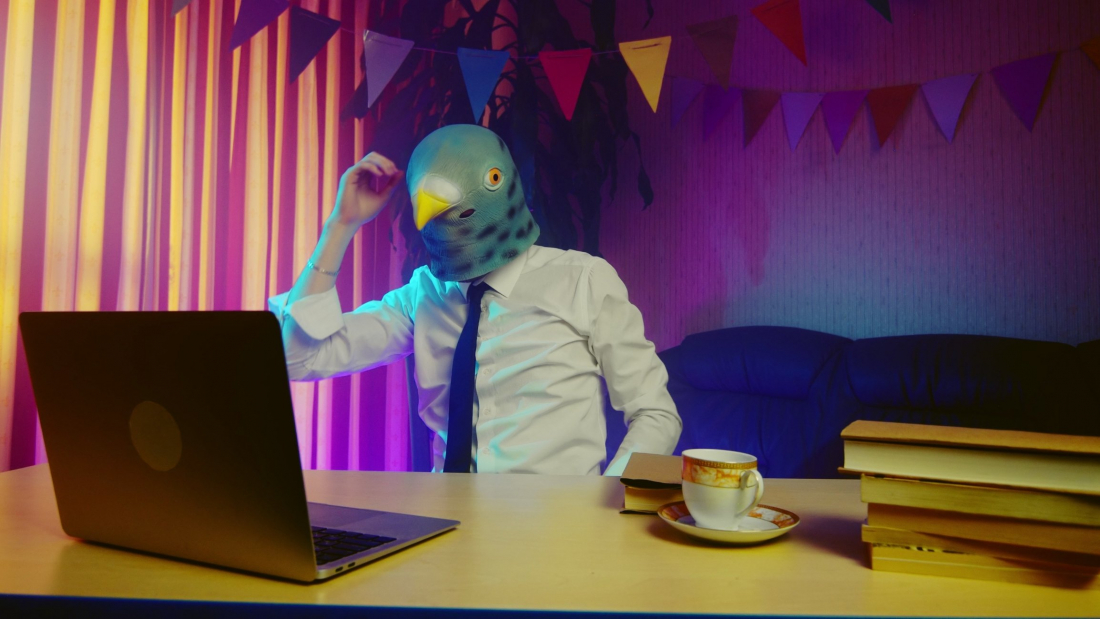 Sitting out here in my backyard on mild fall days listening to the sounds of nature, I often wonder what it would be like to think like a bird. My guess is that it would be terrible. For one, I’d probably get fired. I’m fairly certain no level of bird thinking could get my job done, which requires paying close attention to complicated machinery that is very precisely fine-tuned so that the Tilt-O-Whirl I operate doesn’t fling any more children into the fried-goat-leg-on-a-stick tent. There is certainly no way a bird could talk his way out of that sort of occurrence twice.

I have been saddled by fate with the brain of a man, an organ out-matched in complexity only by the brain of a woman, which contains roughly thrice as many neurons as a man’s brain, most of them dedicated to the comprehension of reality TV shows, which eludes such a simple man brain as mine.

The brain with which a bird thinks is far less complicated than that of a man or a woman brain. Its level of complication is more akin to that of an incomplete set of Lincoln Logs. This is why it is generally a bad idea to wish to think as a bird. Such a low-complexity thinking organ as a bird’s brain is good for no human endeavor other than, perhaps, the political arts, where the ability to think is often more of a hindrance than an asset.

However, I suppose, upon further reflection, that there are times when I imagine being able to think like a bird might be beneficial. For example, if I ever needed to discharge excrement from a tree limb or repeatedly ram my face into a tree for grubs to eat. My human brain would have a very hard time convincing myself to do such things. But a brain that thought like a bird? With ease I could accomplish these tasks!