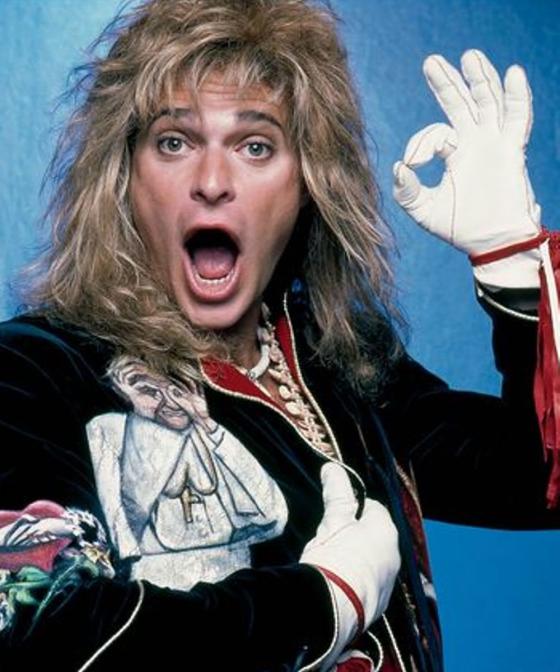 Love him or hate him, it’s undeniable that David Lee Roth has a way with words unlike any other rockstar. The guy is a quick witted smart alec with a knack for spouting more quotables in a single interview than the bounds of human discourse can normally withstand. Here’s a few of my favorite Diamond Dave quotes, but I’m sure I’ve missed a zillion. Chime in with any you think should have made the list!

Sammy and I are like fraternity brothers who’ve been through the same hazing.

Sam throws a party. I am the party.

I, myself, am the son of Satan, although my duties here are largely ceremonial.

What’s rock and roll without a little drama? A little mix it up?

I’m an optimist. When I go fishing I take a Nikon and a frying pan.

You hope for the best. I exepect it. I’m the toastmaster general of the immoral majority.

Our motto is “Awwwww, shut up!”

Van Halen’s up for a Grammy and half of us can’t even spell it.

A girl said to me, “Dave, you can’t buy love.” And I said, “You’re right, but I can darn sure pull my yacht right up next to it and walk over.”

Any kind of rock music is what I call high velocity folk music.

Chili dogs have absolutely no class, but a great deal of style.

I’m a very family oriented kind of guy. I personally started three or four in 1983.

I don’t do well with support. I do better with abuse.

My pop would tell me, “Kid, don’t be humble. You’re not that good.”

The world is run by people who never feel well.

I am currently running, but not for office.

You’re not a rockstar until you can spell subpeona.

The bible is written with the same alphabet my favorite pornography is.

The two most difficult things to deal with in life, I think, are probably failure and success.

There are many places in the world where being a whore are tollerated. Parts of Nevada. Amsterdam, Holland. Congress.

Just because I’m bitter and cynical does not mean I’m not having a great time.

I used to jog, but the ice cubes kept coming out of my glass.

When you’re on the road for nine months a year and you always have these cute little chiquitas running around in their halter tops, it’s kind of hard to worry about things like nuclear proliferation.

An ounce of image is worth a pound of performance.

I used to have a drug problem, now I make enough money.

I say to the guys in the band: “You know what Voltaire said?” They think Voltaire is an air conditioning company.

I was with a girl not terribly long ago and she said “Mr. Roth, I think you’re the oldest person I’ve ever been with.” I said “Honey, I was gonna say the same thing to you.”

The perfect woman has an IQ of 150, wants to make love until 4 in the morning, then turns into a pizza!