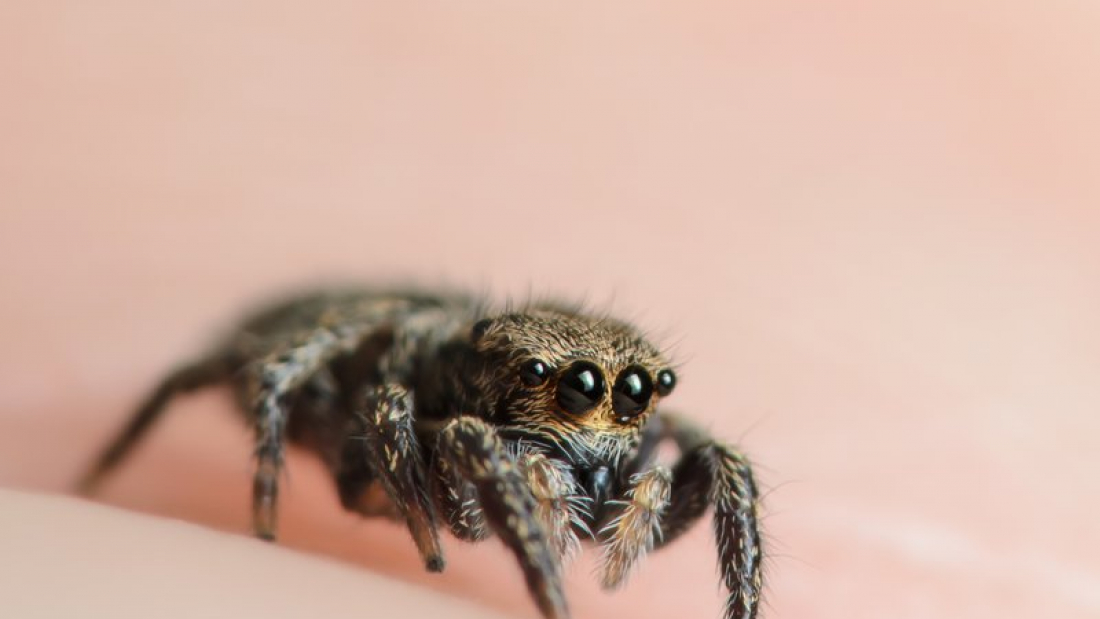 Well, I didn’t kill a spider I just failed in saving a spider.

The other day I grabbed a glass off the kitchen counter to put into the dishwasher and felt something against my finger that was definitely not glass. Startled, I dropped it into the sink. When I did one of those curious little jumping spiders you often see hopping around and checking things out fell off the glass into the sink.

He sat there staring at me, helpless. Though the sink had no water in it, the walls were simply too steep and slick for him to climb out. So he just looked at me. I continued to load the dishwasher and he watched, actually shifting his tiny body to keep an eye on me as I moved around in the kitchen. At one point he hopped onto a knife and I thought, “Here’s my chance to get him out!” I grabbed the knife with him on it and pulled him out of the sink, but as I was turning away from the sink he fell off into a bowl of soapy water! I quickly stuck the knife back in and he clambered onto it, but the damage was done. I set him down on the counter and he convulsed then died. I’m not sure if he drowned or if the soap poisoned him.

But the universe would balance things out a few days later when a ladybug would fall into my toilet. That’s not a sentence you read every day!

The ladybug fell into the toilet – which was full of fresh water at this point, by the way – and began immediately flailing around in a panic. Thinking quickly I pulled an old toilet paper towel tube out of the trash can and scooped her up inside it. I set her free on top of the toilet tank. Later I saw she had moved to the window sill, I suppose to stare across the wide, wide world contemplating her brush up against mortality that day…a day I’m sure will live on in Ladybug lore as Day of the Toilet Savior.