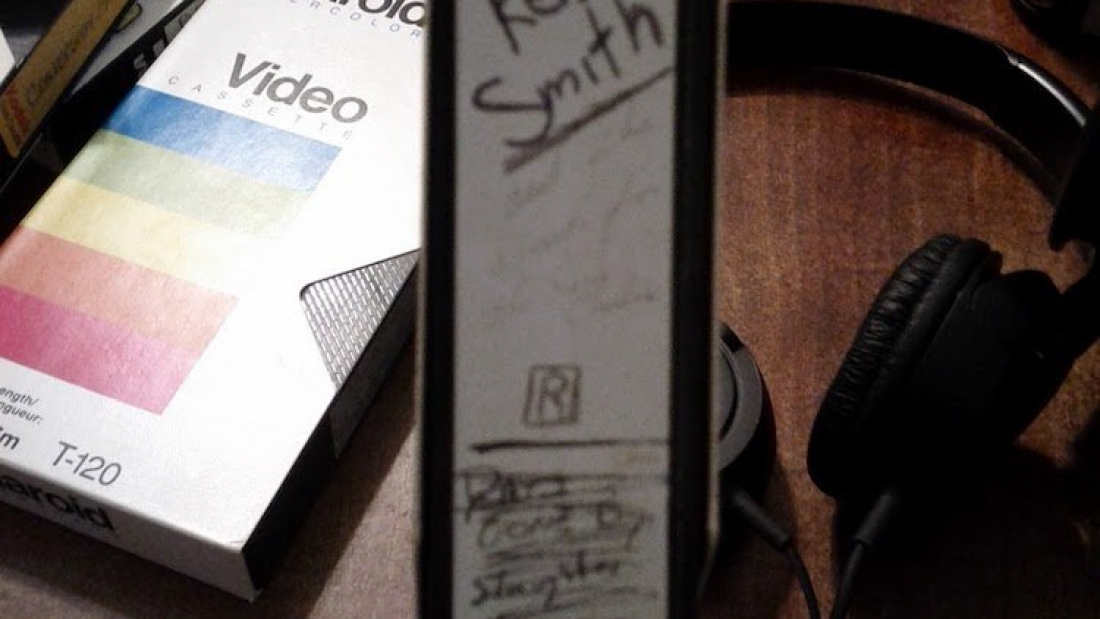 UPDATE 8/23/2020– I don’t know why it’s taken me 8 damn years to figure out that I could just upload the video directly to this site, bypassing YouTube’s copyright hissy fit altogether! Now the epic tale of Kentucky Smith and the Search for the Sun Chalice can be viewed in full at the bottom of this post…

Last weekend I took the kid to my parents’ house so they could distract him with all manner of spoiling and I could get some work done. However, at some point I reached an “aw, screw it” mentality and decided to just goof off the rest of the day.

During my goof-offery I came across an old stack of VHS cassettes. One of them I recognized instantly as Kentucky Smith and the Search for the Sun Chalice, an Indiana Jones inspired “motion picture” written, produced, filmed, edited, and cast entirely by myself and a high school buddy way back in 1987. I was thirteen years old at the time. It is the swashbuckling tale of archaeologist / adventurer Kentucky Smith who goes on a harrowing quest for the Sun Chalice, which we never get to see in the movie because apparently we lost interest and just stopped filming it.

We even ran the wardrobe department ourselves, which required me to spend an evening stitching together a Nazi swastika arm band in our family living room. Something I’m sure my parents must have been a bit concerned about. And, of course, we also did all of our own stunts!

Yours truly getting drug behind a speeding four wheeler.

Given that all we had to work with was a single, bulky Magnavox VHS camcorder, the film is pretty sophisticated. I remember that we used two tapes: one to record individual scenes, and then another “master” tape where we put those scenes in order. We’d hook up the camcorder to a VCR and painstakingly copy scenes over.

State of the art movie making equipment circa 1987.

The music score is astounding, featuring such great artists as Bon Jovi and legendary Hollywood composer John Williams. But this would get me into trouble later. . .

I decided to take the camcorder and the movie back home, rip it to my laptop, and then upload it to YouTube for the entire world to enjoy, or at least my old high school buddy and co-writer, co-producer, co-cinematographer, co-actor, and co-editor.

Unfortunately, it seems that Warner / Chappell Music explicitly bans 13 year-old dudes from the late 80s from using their artists’ music in ambitious homemade feature films. I’m not exactly sure which artist, specifically, that we’ve offended – Bon Jovi or John Williams – but I certainly would like to apologize.

So, for now, the world will not know the greatness that is Kentucky Smith and the Search for the Sun Chalice! Stay tuned. . .

As mentioned in the update above, here’s the movie in full, so fire up the popcorn machine and dim the lights.