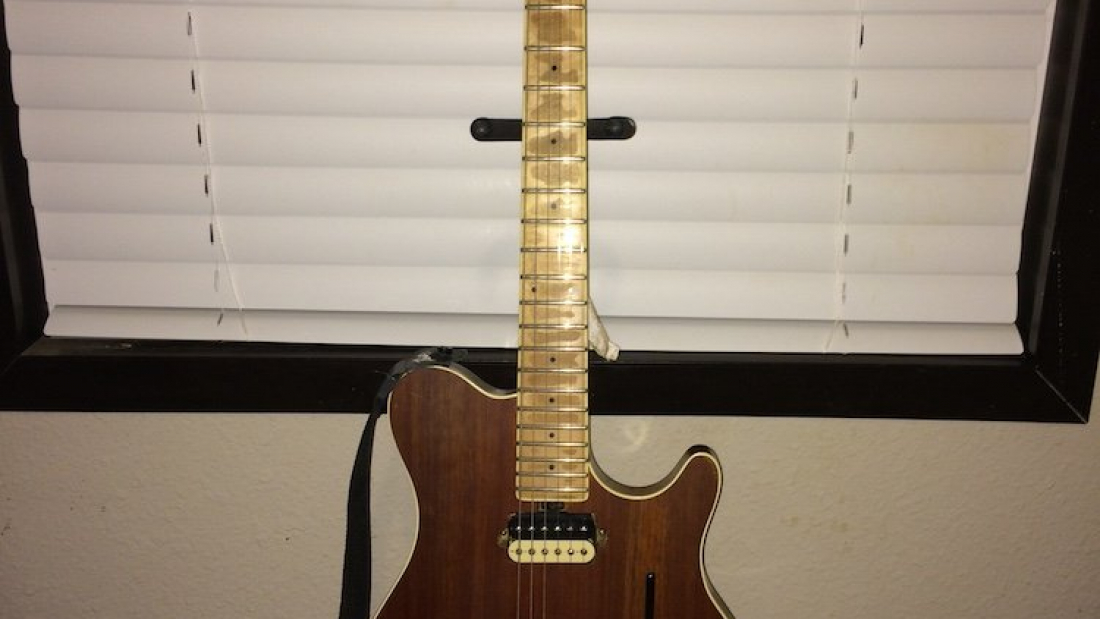 My guitar collection is terrible. Despite being a guitarist for over 20 years I, unlike my fellow axe slingers, have never been much into spending tons of money on guitars. My stringent criteria follows this logic:

As such, the most expensive guitar in my collection up until yesterday is a Fender electric / acoustic that I bought used for $150 and have played countless gigs with. The other three guitars in my collection are all more terrible than that. I have a Harmony guitar – which was actually my first guitar ever that just recently came back into my possession– a Peavey Rockmaster, and probably the most important guitar, a Peavey Predator.

The Peavey Predator was bought used and broken at a pawn shop for $75 by my old band’s (Plow Monday) manager circa 1996-ish. The other guitarist in the band (Ryan Holley) fixed it up and gave it to me and I’ve played it ever since for thousands of people and several major record label showcases, including the one where I hung out with Stone Temple Pilots.

In addition to these I’ve owned several other guitars with recognizable names like Fender, Ovation, Alvarez, and Epiphone.

Yesterday I stepped up my game and spent a whopping $275 on a new guitar! Possibly a record for me! I picked up this pretty girl, a custom clone of an Ernie Ball Music Man / Axis otherwise known as the guitar Eddie Van Halen designed for Ernie Ball back in the 90s. I expected this thing to be a little “off” given its entirely unknown past (the seller was not the builder) and that it was a clone, but HOLY COW! This thing is one solid piece of work and plays like a dream! 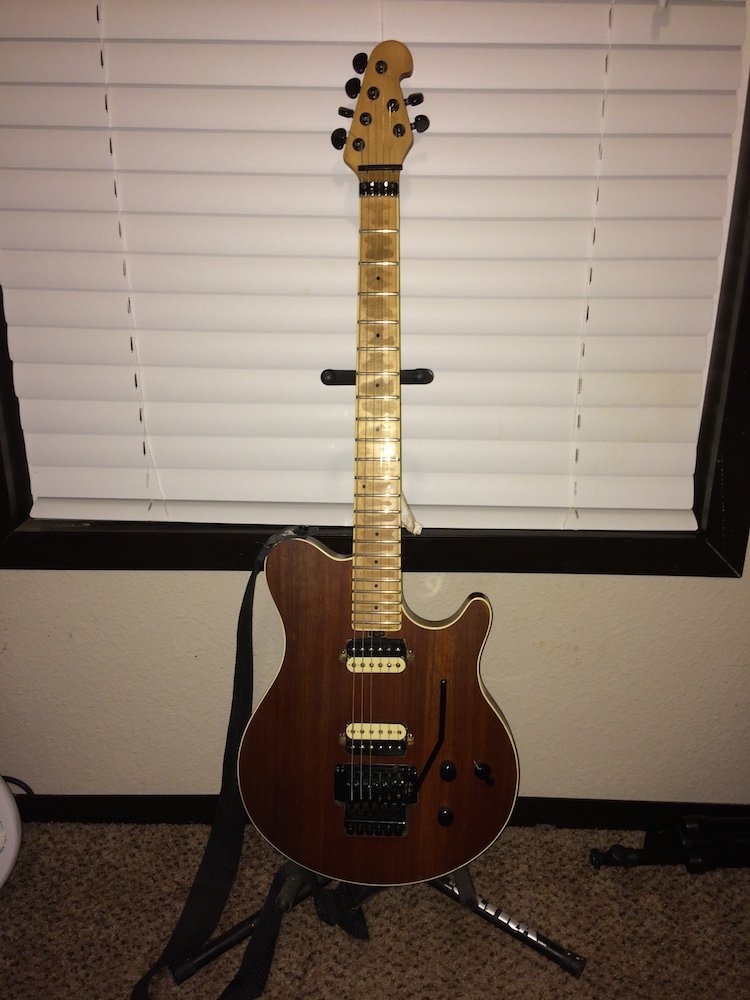