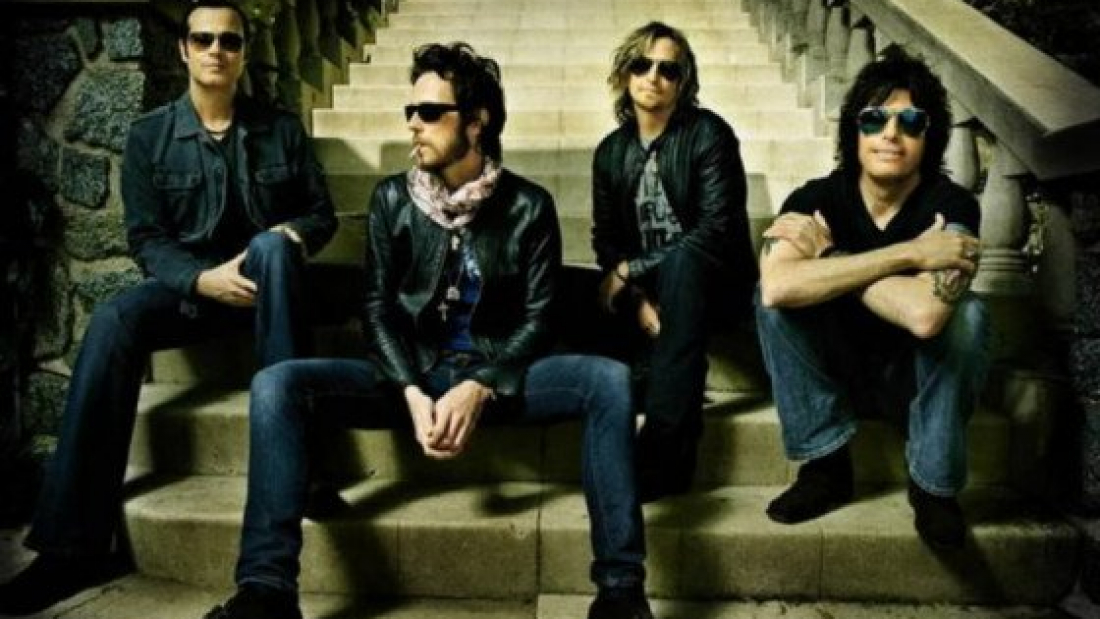 This is Stone Temple Pilots. They’re a good band.

We all have little milestones in our lives that, though perhaps only briefly, elevate us to the level of gods, or at least super intelligent robots. Whether it’s the time you caught the Hail Mary pass in the last seconds of your senior year High School homecoming game, or the time you successfully changed the oil in your own car without bashing the shit out of your knuckles and forgetting to put the oil pan plug back in before filling it up with new oil only to have it run down your driveway and into the street where it probably ended up flowing into the ocean and killing several species of fish. That’s only happened to me once.

This story of mine is just such a story of personal triumph and glory that I cling to to remind myself that I was, at one point, somebody cool. A rockstar. A legend among men! If you’ve known me for more than 20 minutes you’ve already heard me tell this story a few hundred times and are already rolling your eyes. However, if this is your first trip into the world of Clif, buckle your safety belt and put in your mouth guard…you’re about to learn how I ended up HANGING OUT WITH STONE TEMPLE PILOTS!! The story goes something like this. . .

During the turn of the century, my old band Plow Monday was on the verge of becoming huge. We had good management, some financial backing, and had been discovered by a guy by the name of George Stein who, in addition to being an incredibly nice guy and famous entertainment lawyer, had also discovered and managed an artist by the name of Jeff Buckley. We were in a good and exciting spot.

This is my old band Plow Monday. L-R: Dave, Michael, John, Ryan, Me.

Mr. Stein set us up with two private showcases with major label reps. One was in New York where we got to play CBGB’s before it shut down. The other was in Los Angeles where we HUNG OUT WITH STONE TEMPLE PILOTS.

We were booked at SIR Studios in L.A. for our showcase where reps from Warner Brothers, Columbia, Capital, Arista, and Universal showed up to watch us perform. Now, when I say “watch us perform,” I don’t mean that they rocked out to our show. I mean they stared at us and scratched notes on clipboards as if we were some sort of newly discovered species that might do something mildly interesting if stimulated just right.

Earlier in the day we were at at SIR Studios getting ready for the showcase…changing guitar strings, practicing, meeting Nelly Furtado. Oh yeah…we met Nelly Furtado. I’ll write a blog post about that someday.

Anyway, we were sitting in a lobby area at SIR when two dudes came out of a practice room next to us to get some junk out of a vending machine. Our other guitar player Ryan Holley immediately recognized these guys as members of Stone Temple Pilots. Yes…Stone Temple Pilots was practicing IN THE SAME STUDIO THAT WE WERE SITTING IN!! We shit all over ourselves in glee.

Later, after our awkward but successful showcase, I went down to Stone Temple Pilots’ practice room. I stood outside the door looking in through a little window at the wonders inside…a gigantic wardrobe full of clothes…a goddamn Harley Davidson INSIDE the practice room. Soon my band mates joined me. We stood there outside their practice room listening to them rock the sheet rock off the walls, pissing and shitting ourselves with amazement.

I don’t know where the balls came from. To this day I have no idea. I already had two balls, but from somewhere beyond the realm of comprehension, Valhalla perhaps, I found myself endowed with the balls of a giant and I said, “Fuck it let’s go in.” And we did. We walked right into Stone Fucking Temple Pilots’ private practice room at SIR Studios! And we stayed. We rocked out.

This rehearsal room was HUGE. There were couches and candles and people sitting in the couches. There was a massive mixing board with a guy, sitting on a couch, mixing. And, of course, there was Stone Temple Pilots. They were on stage bashing our faces into pulp with an amazing, AMAZING show.

We stood there not getting kicked out or arrested until they finished their set then we left. Outside we bumped into, guess who…that’s right…Stone Mother Fucking Temple Pilots! We hung out and chit-chatted for a bit with most of the band. Scott Weiland, however, didn’t stick around. He slunk off into the shadows. I presume to write more awesome songs or take a bath in heroin.

Later that night a Warner Bros. rep took us out for drinks on The Strip where I stood at a bar next to Nikki Sixx. That was pretty cool too.