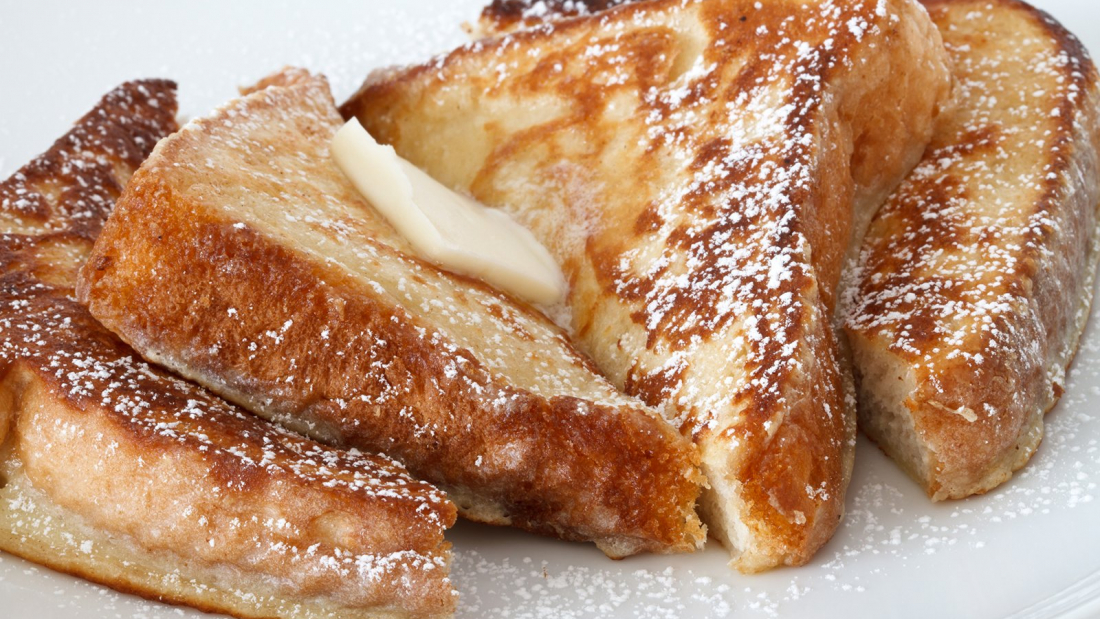 Making French toast is extremely easy especially if you’re French. If you’re not French but just a cultural-appropriating monster who would like to take advantage of a long-established culinary history you had no hand in creating for your own selfish (and tasty) desires, then read on.

It is extremely difficult – almost impossible – to make French toast without toast, which I can attest to after a failed attempt at making French tortillas.* Unfortunately, it’s hard to find toast anywhere unless you count frozen toast (yes it exists) which is an abomination and affront to food in general and is not advised. If you have no toast on hand or can’t find any, you will have to make your own toast, however, that is outside the scope of this article, so I’ll just assume you have some toast already.

The process of converting normal toast into French toast is called “French-ifying”. It was discovered in 1873 by French baker Jacques “Le Baker” Merlot when he accidentally dropped a toasted baguette (French for “baseball bat sized loaf of bread”) into a vat of hot cinnamon, sugar, wine, butter, wine, and possibly eggs I think. “Sacrebleu!” he exclaimed because that is the only French phrase I know. However, once he tasted the creation he then exclaimed, “Que c’est bon!” which means “How tasty!”**

After you have doused your toast in cinnamon, sugar, wine, butter, wine, and possibly eggs (e.g. “French-ified”) then the last step is to eat the French toast. There are several ways you can do this. For example, you might use a fork. To get the full “French effect” you can pair your French toast with a large charcuterie spread or an entire pack of unfiltered cigarettes.