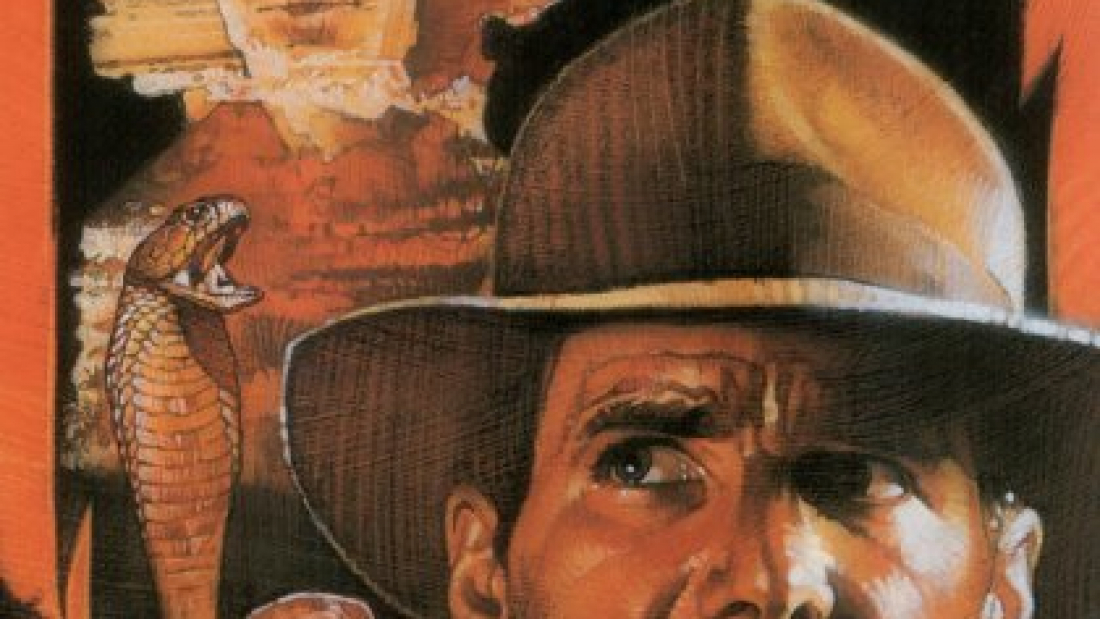 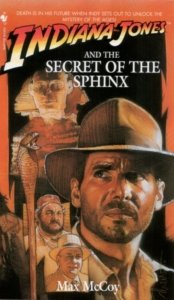 Indiana Jones and the Secret of the Sphinx (1999) is the last Indy book written by author Max McCoy who is, if Internet consensus can be trusted, the best writer of the official Indiana Jones authors. Although I haven’t read other Indy authors yet, I must say that the Internet may be right on this point. McCoy shows a seemingly effortless ability to capture not only the feel of the movies, but of Indy himself. The dialogue he writes for our swashbuckling protagonist are easily heard in Indy’s voice as you read.

That being said, I did enjoy this book slightly less than the only other Indy novel by McCoy I’ve read so far, Indiana Jones and the Philosopher’s Stone. However, that’s not a criticism you should let get you down. Secret of the Sphinx is still a fantastic book by any measure.

In Secret of the Sphinx we follow Indy as he hunts down more than a single item, but ultimately, The Omega Book; an ancient book containing the names and fates of everyone who’s ever lived or will live. In tow for the adventure are his old pal Sallah and the Maskelynes, a mother and daughter duo of traveling magicians on a related quested of their own. The story takes place in 1934 before both Raiders of the Lost Ark (1936) and Temple of Doom (1935).

The story takes us across many exotic locales, but similar to Raiders of the Lost Ark, mostly takes place in the desert sands of Egypt and the Middle East. There are booby traps, fist fights, gruesome deaths, and memorable quips a plenty. Where the book falls short for me (at least compared to Philosopher’s Stone) is that there are moments where it slows down a bit too much, setting the tale off pace for a while. I found the Maskelynes to be mostly intriguing characters (young Mystery Maskelyne, especially) but often times their presence, and their story, feels more like a distraction than a necessary element.

Overall, Secret of the Sphinx is a fun ride and worth the short amount of time it takes to read.