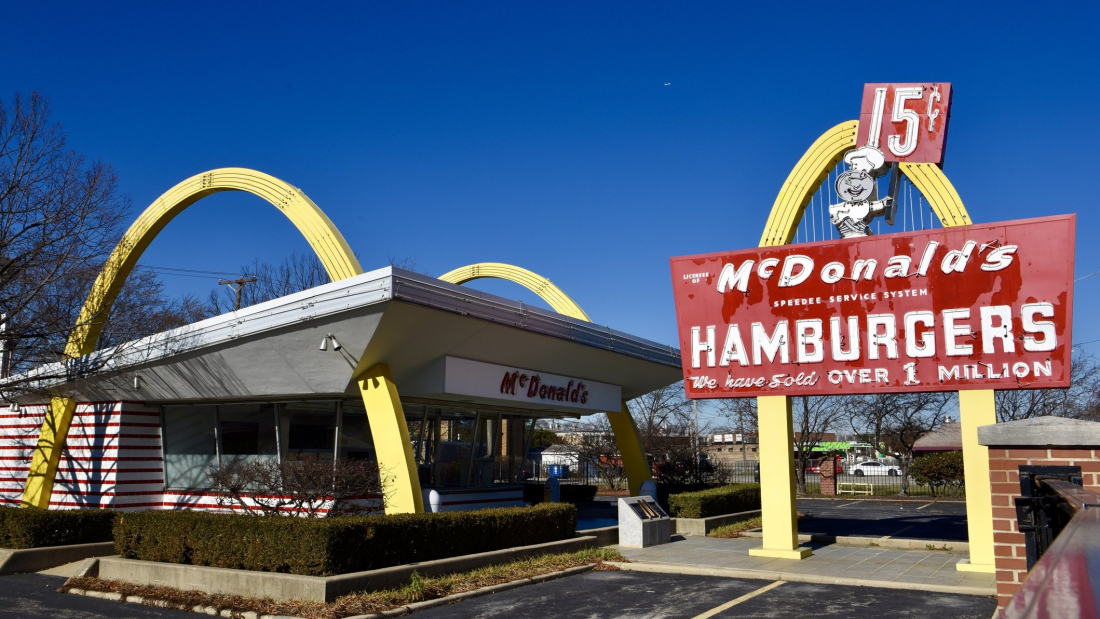 McDonald’s was founded at some point in the past by restaurateur brothers Richard and Maurice McDonald who had a vision to revolutionize the way people developed type 2 diabetes. In order to help their new brand catch on they knew they would need a captivating logo that was both easy to recognize and could be drawn by a chimpanzee. After consulting with many highly regarded “ad men” and paying thousands of dollars to top notch graphic designers and leading-edge branding professionals they settled on a logo that was both dynamic and yellow: a single golden arch. Upon seeing the design the brothers knew they’d found a winner and exclaimed excitedly, “We paid thousands of dollars for this?!”

Several years later, a traveling hula hoop salesman named Ray “Hamburgler” Crock happened to pop into McDonald’s for a bite. He was immediately impressed by the restaurant’s efficiency, quality, and low level of rat feces compared to other “burger joints” of the time (being the 50s or possibly the 60s). He knew what he had to do. After setting his remaining hula hoops on fire in the parking lot he introduced himself to the McDonald brothers and offered to help them turn their one little McDonald’s store into a global phenomenon that can’t be escaped no matter where you try to find some goddamn peace and quiet on this planet. And this is exactly what he did after swindling them out of all their worldly possessions.

Eventually, McDonald’s became so successful that Ray Crock was able to afford another arch for the signs! In the future, as McDonald’s continues to grow, they plan on adding more arches meaning that in the next 50 years or so you might see a McDonald’s sign with upwards of 327 golden arches, which would certainly be a sight to see and would probably cause major interference with low flying aircraft.

While almost all of McDonald’s “Golden Arches” signs these days contain two yellow arches, there are a few alternatives out there. Check them out below before Ray Crock gets wind of these renegades and forces them to fall in line!