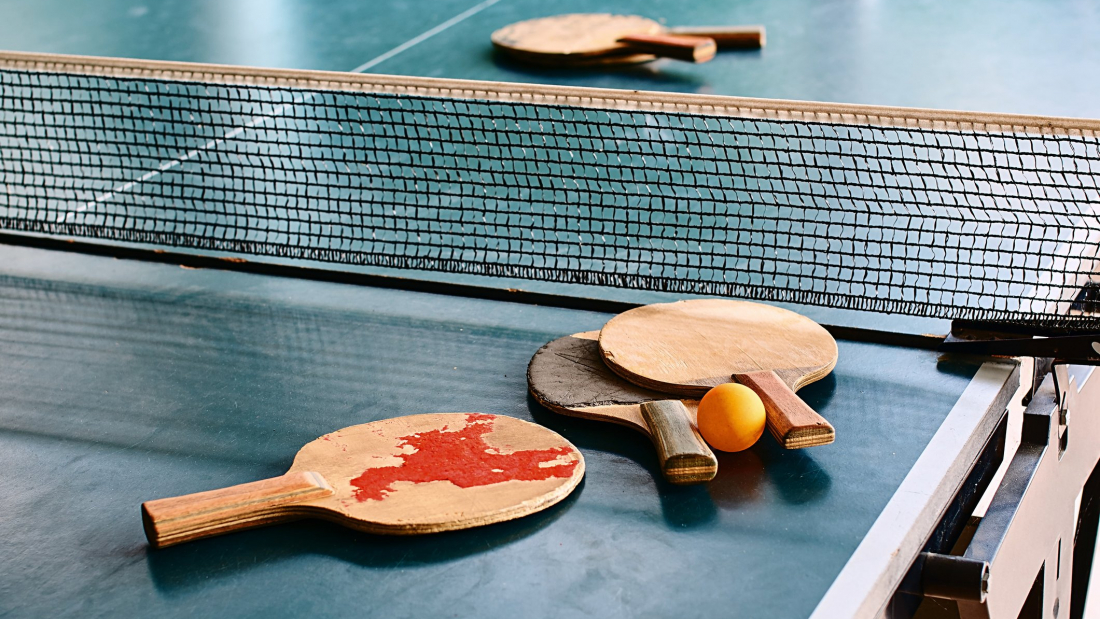 To say their description of me under my photo in the newspaper back then was unflattering is to put it mildly:

His face was cursed by an ever-rupturing landscape of dire acne-ism; his cheeks slick with the discharge of pustules at all times.

This has nothing to do with the fact that I’d come in first place in the state high school ping-pong finals, which the article was actually about. The photo under which this caption is placed is of me proudly holding aloft my 1st place ribbon!

The headline had rather innocuously read:

And yet the very first line of the article is:

Tim Hawthorne (18), a malodorous local troglodyte, has thwarted its competition at a ping-pong tourney this past week’s end, despite suffering gravely from rectal scabies and head lice.

Lies! Does that seem fair to you? Even all these years later (I’m 48 now!) I find it hard to forget the cruelty of those words. And also these words from the very same opening paragraph:

His, parents, quite clearly drunk, were overjoyed to see their cognitively degraded genetic mistake prove victorious. They declined to be interviewed, however, citing an urgent need to “shoot meth into our eyeballs behind the Porta-Potties.”

None of this is true! My parents have not once done meth! They don’t even drink! And it goes on like this for 573 words on the front page of the newspaper, concluding with:

It should be noted, and hopefully appreciated, that it is indeed no small miracle this reporter was able to attend the sporting match considering her own son, Thad Stone (17) — who, himself, aspired to be on the ping-pong team — was unable to participate, having been displaced at tryouts by none other than the nit-infested Tim Hawthorne, who managed to win even while being covered with weeping lesions from countless sexually transmitted diseases.

I wish I could understand the reporter’s motive for maligning me so. I’ve reached out to the newspaper several times over the years, and no one there can ever provide me satisfactory answers. It shall, I suppose, remain a sad mystery forever.